ArtEngine
Create Stunning Final Textures in Moments
ArtEngine from Artomatix puts power in the artist’s hands. It alleviates the burdens of repetitive tasks, allowing creative people to put their time where it matters – their creativity. ArtEngine hosts a set of features aimed specifically at increasing the users ability to exercise their texture vision, while also reducing the time needed to achieve it.

Prespective
is a softwareplatform. It’s an interactive virtual test environment based on Unity, in which users continuously test their systems. Not only visually, but mechanicaly, connect to their logic control software, human interface and IoT.
Prespective enables early access to your system. Therfore multiple disciplines within your organization can already work on the system simultaneously. Resulting in a faster time to marker. It eliminates physical damage, speeds up the development process and enables early error detection. 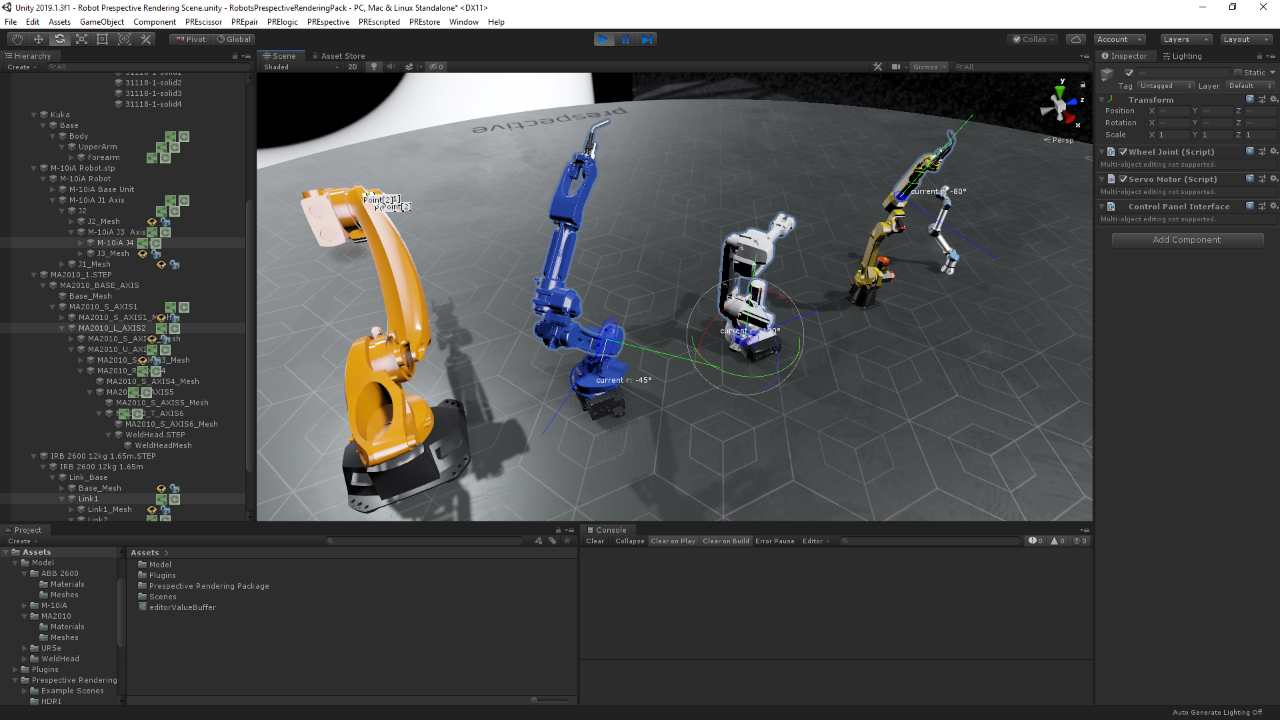 INTERACT
A plug-in for Unity that allows you to visualize, modify and interact with your 3D/CAD Data and/or PointCloud, and easily develop and deploy advanced 3D applications in Virtual Reality (VR) or Augmented Reality (AR).
Interact development platform will enable you to create advanced virtual and augmented reality applications from your digital model.